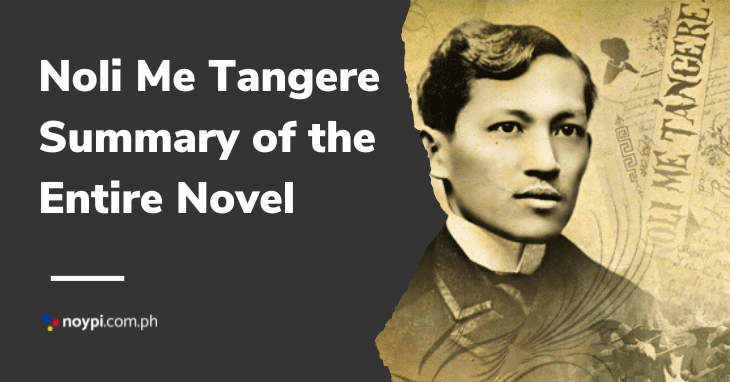 Dr. Jose Rizal, our national hero, authored Noli Me Tangere or Touch Me Not. This work brings to the attention of Filipinos the atrocities done by priests during the Spanish era, as well as the abuses that occurred in society when we were still under Spanish rule.

In this article, we’ve created the Noli Me Tangere summary to help you better understand this novel.

If you are seeking for a list of the novel’s main and minor characters, click Noli Me Tangere Characters and their Characteristics.

Noli Me Tangere Summary of the Entire Novel

After seven years of education in Europe, Juan Crisostomo Ibarra returned to the Philippines. Because of this, Captain Tiago hosted a feast and invited a number of notable individuals to their home.

Father Damaso criticized Ibarra at the banquet, but instead of attacking him, Ibarra gently excused himself claiming he had important matters to attend to.

Ibarra has a gorgeous girlfriend, Maria Clara, who is the daughter of Captain Tiago. Ibarra paid the girl a visit the day following the feast.

Maria Clara reread their old letters from before Ibarra studied in Europe as they recalled their love.

On the way before Ibarra went home, Lieutenant Guevarra revealed what had happened to the young man’s father, Don Rafael Ibarra, who had passed away a year ago.

Father Damaso, according to the Lieutenant, accused Don Rafael of being a Heretic and a Pilibuster since he reportedly did not attend church or confession. All of this transpired after Don Rafael defended a child against a kubrador who fatally struck his skull by accident.

Due to this occurrence, an investigation was conducted while Don Rafael was in jail. Some of Don Rafael’s secret opponents also came forward with accusations against him.

These incidents had a profound effect on his father, causing him to fall ill in prison, which ultimately led to his passing.

Father Damaso was unsatisfied and ordered the exhumation and relocation of Don Rafael’s remains to the cemetery of the Chinese. Due to the heavy rain at the time, the body was tossed into the lake rather than being relocated.

Instead of seeking vengeance, Ibarra continued his father’s work. He constructed a school with Nol Juan’s assistance.

When the school was about to be blessed, Ibarra would have been slain if Elias hadn’t saved him.

Instead of Ibarra, the young man’s secret enemy’s payee was the one who perished.

Father Damaso alludes to the young man again. Ibarra would have ignored it but when his father was insulted by Father Damaso, he could not stop and tried to stab the priest. Maria Clara, his lover, merely stopped him.

The Archbishop excommunicated Ibarra from the Catholic Church due to this occurrence. Father Damaso took advantage of the situation and commanded Maria Clara’s father not to marry her off to Ibarra. Instead, the young woman is rumored to be marrying Linares, a young Spaniard.

Ibarra was readmitted to the church after his excommunication was lifted with the assistance of the Captain General.

However, he was unexpectedly arrested and imprisoned once more since he was accused of leading the attack on the barracks.

While the party was being held at Captain Tiago’s house for the marriage agreement between Linares and Maria Clara, Ibarra escaped with the help of his friend Elias.

Before fleeing, Ibarra and Maria had a chance to talk in secret. He rebuked the girl for the letter that was used against him in court, but Maria denied it vehemently.

He said that the young man’s letter was stolen from him in exchange for his mother’s letter saying that Father Damaso was his real father.

The girl added, she said that she is marrying Linares for the honor of her mother. But his love for Ibarra will never change.

After that, Ibarra fled with the assistance of Elias. They boarded a boat and traveled along the Pasig River till they reached Bay Lake. Elias instructed Ibarra to recline and then covered him with grass.

But the pursuer caught up with them. Elias thought to mislead the pursuers. After that, he jumped into the water and those chasing them thought that the one who jumped was Ibarra. Elias was shot until the water turned to blood.

Maria Clara learned of the alleged death of Ibarra. She was depressed and hopeless, so she pleaded with Father Damaso to allow her to enter the monastery; else, she would end her life.

Elias tracked the legendary forest of the Ibarra’s. Here he saw Basilio and his lifeless mother, Sisa. It was Noche Buena while Elias was wounded and weak.

Before he breathed his last, he said that if he doesn’t see the dawn in his own country, to the lucky ones, don’t completely forget those who lost their lives in the darkness of the night.

You have reached the end of Noli Me Tangere summary of the entire novel. If this post was helpful to you, please forward it to your friends so that they can also learn from it too.

You can also post it on your social media accounts so that others may view and benefit from it as well. All you need to do is click the share button that appears on your screen. Many thanks! 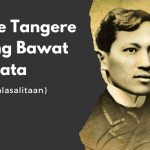 Noli Me Tangere Characters and their Traits 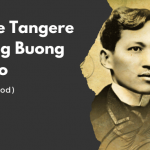 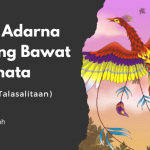 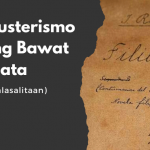